Commissioned by Touchstones Rochdale, ‘Pass! Shoot!! Goal!!!’ is a community engagement project made in conjunction with fellow artist Neville Gabie. It is a contemporary interpretation of an early 1930s football song recorded by Rochdale’s iconic Gracie Fields.

12 minutes 58 seconds. This single screen version of the immersive synchronised multi-lingual interpretation of Gracie Field’s song was originally made up of a projection and three wall mounted monitors, with four accompanying floor-based cube monitors in the centre in Gallery 1 of Touchstones Rochdale. This is the single screen version. 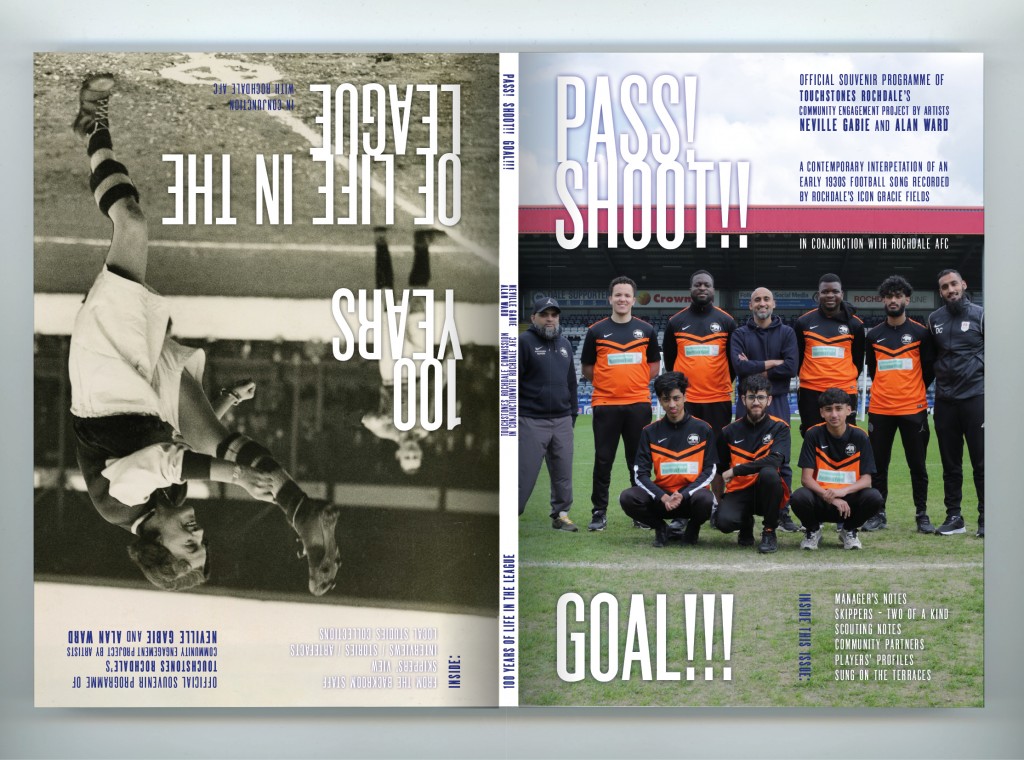 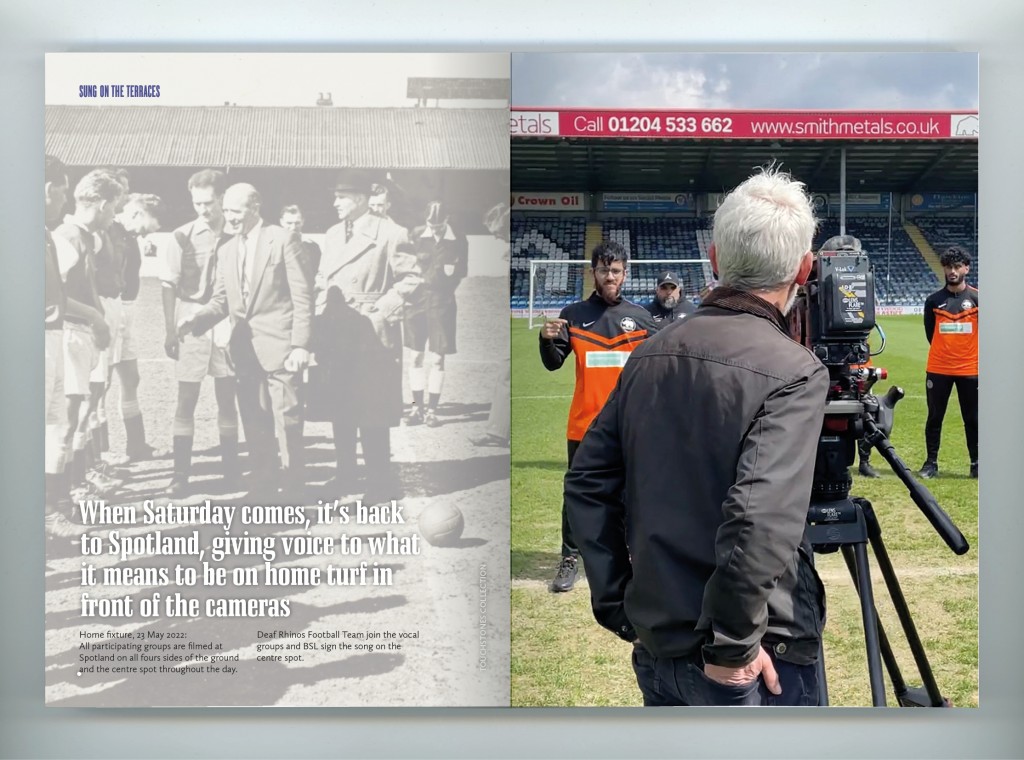 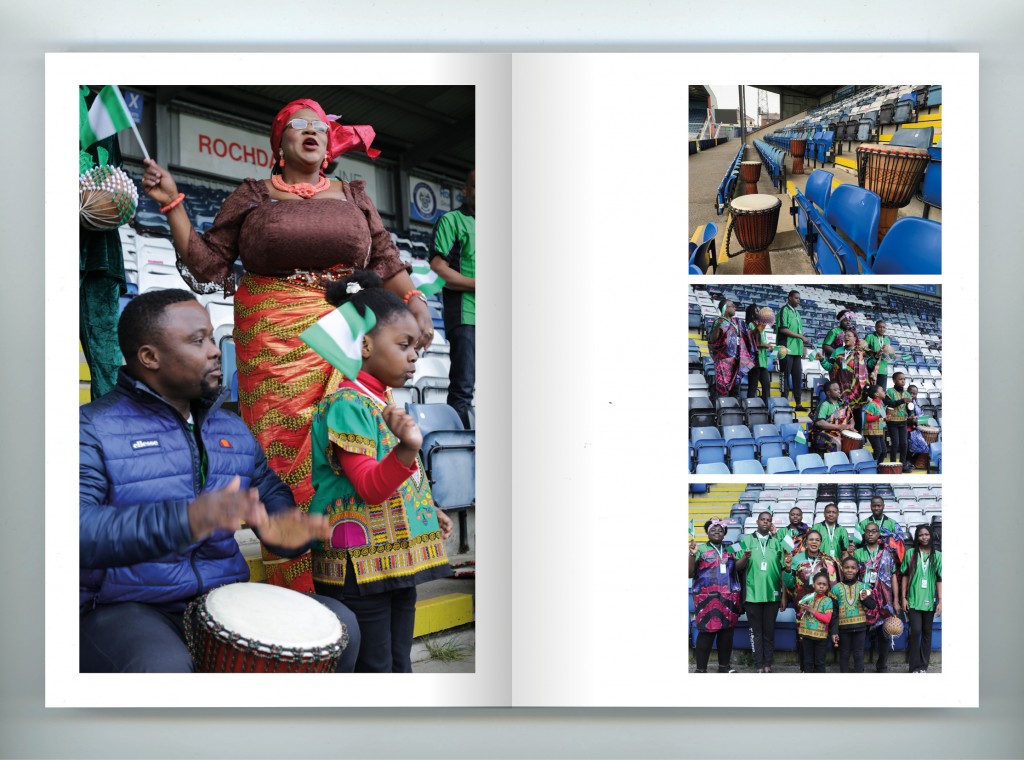 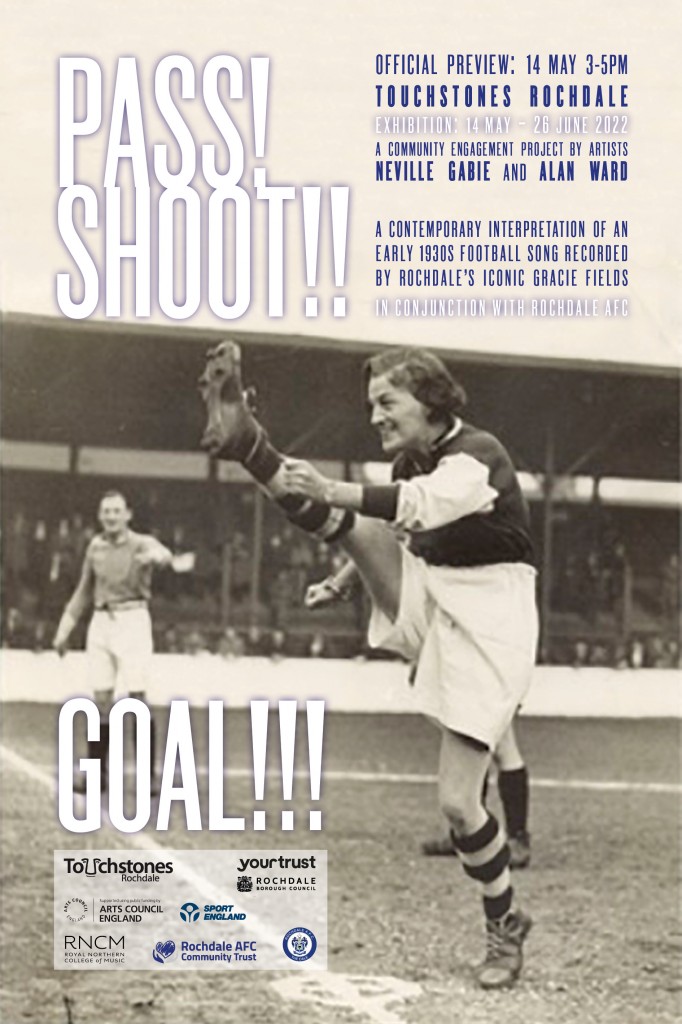 Last Sunday I was commissioned by Mid Pennine Arts to make a series of portraits of Clarion cyclists as they converged on the last Clarion House just north of Nelson in Lancashire. The weather held fair and it was a privilege to photograph over 90 cyclists who celebrated Clarion Sunday. Many of these riders have contributed data of their journeys. In some instances they also photographed or filmed their rides for me to look at and consider for the limited edition bookwork I am now making. All participants will be included and many contributed their thoughts on the importance of the Clarion’s cultural heritage. This commission is part of Pendle Radicals, a wider look at radical thinkers and activists who have shaped not only the local landscape but the nation. I was also commissioned to mark these people and their importance with a series of stone etched panels. The Clarion panel is at the bottom of these images from the day.

As a devotee of cycling culture and fashion, I designed a special musette for each cyclist, with the declaration #I_Am_Clarion emblazoned on it - filled with Clarion and Pendle Radicals goodies. Now I will begin to reflect on the day, process the portraits and produce a lasting document celebrating the Clarion cycling movement and its Socialist roots – to be added to the musette! As the beautiful banner says ‘Fellowship is Life’, ‘Socialism the Hope of the World’. 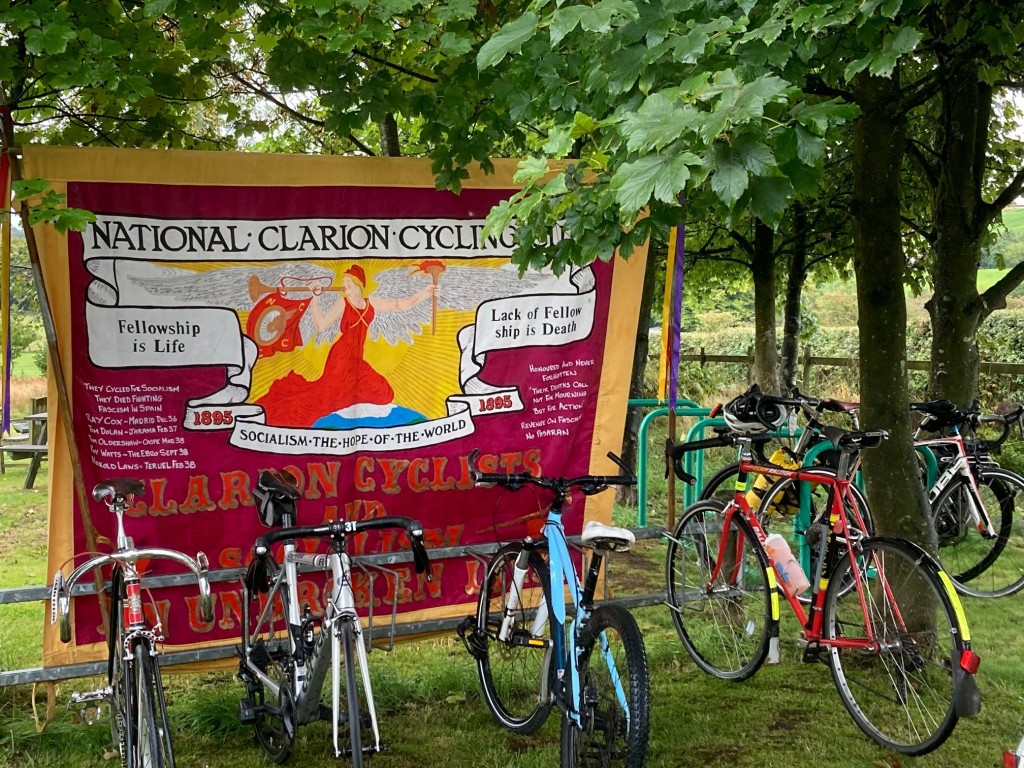 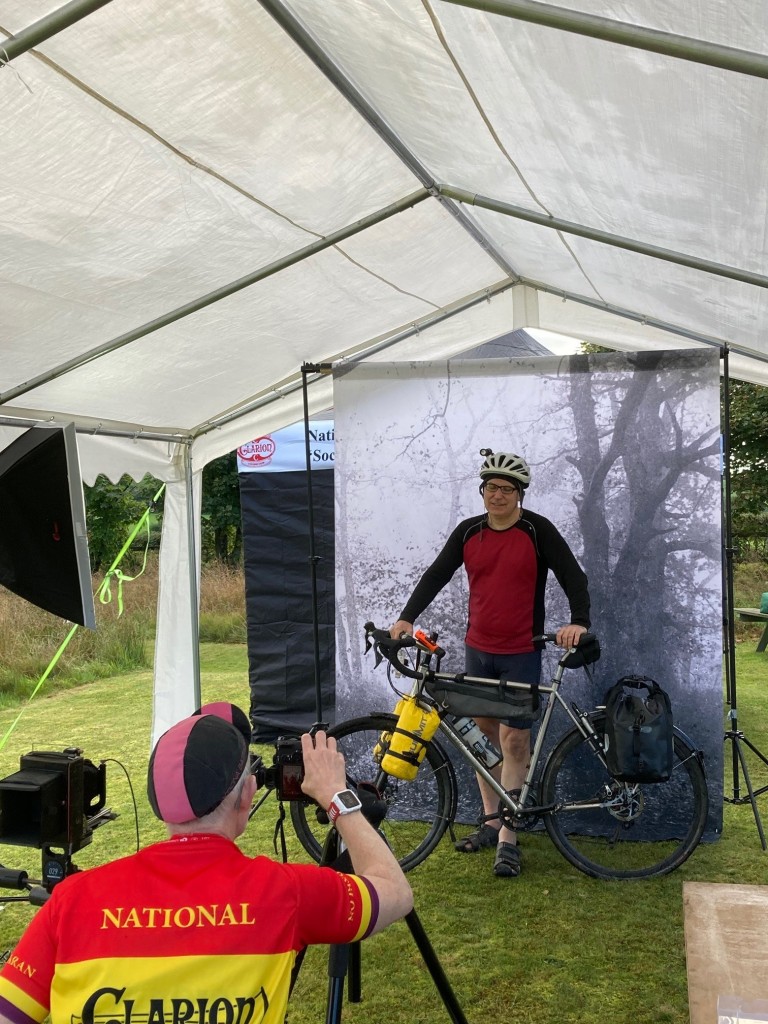 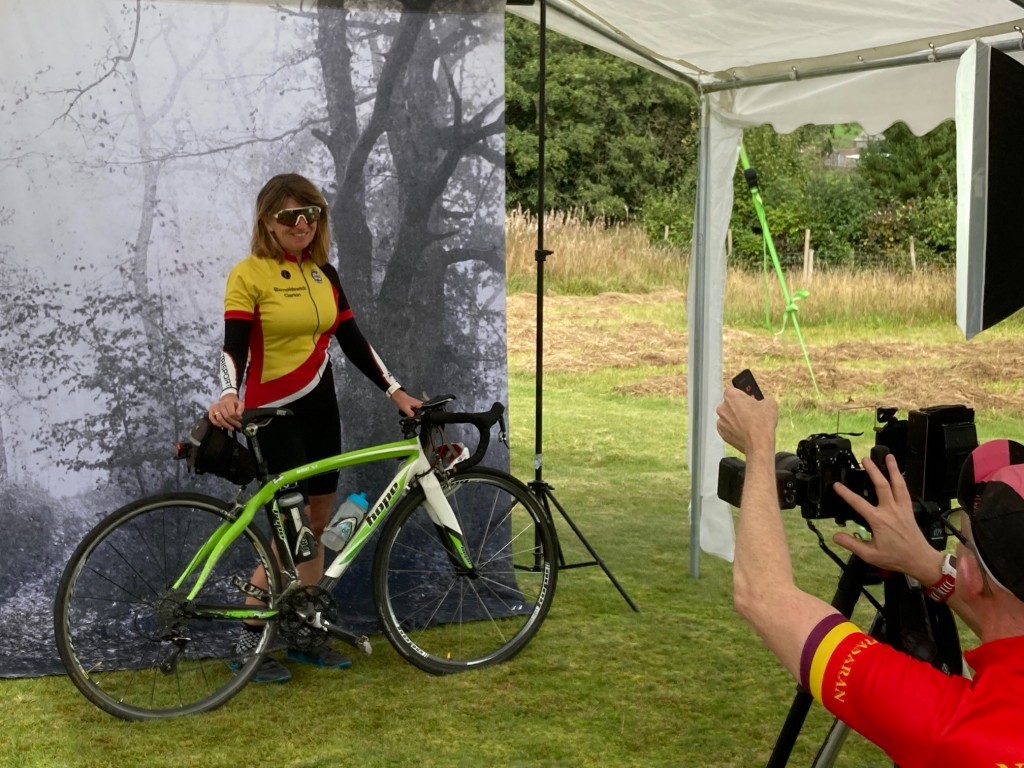 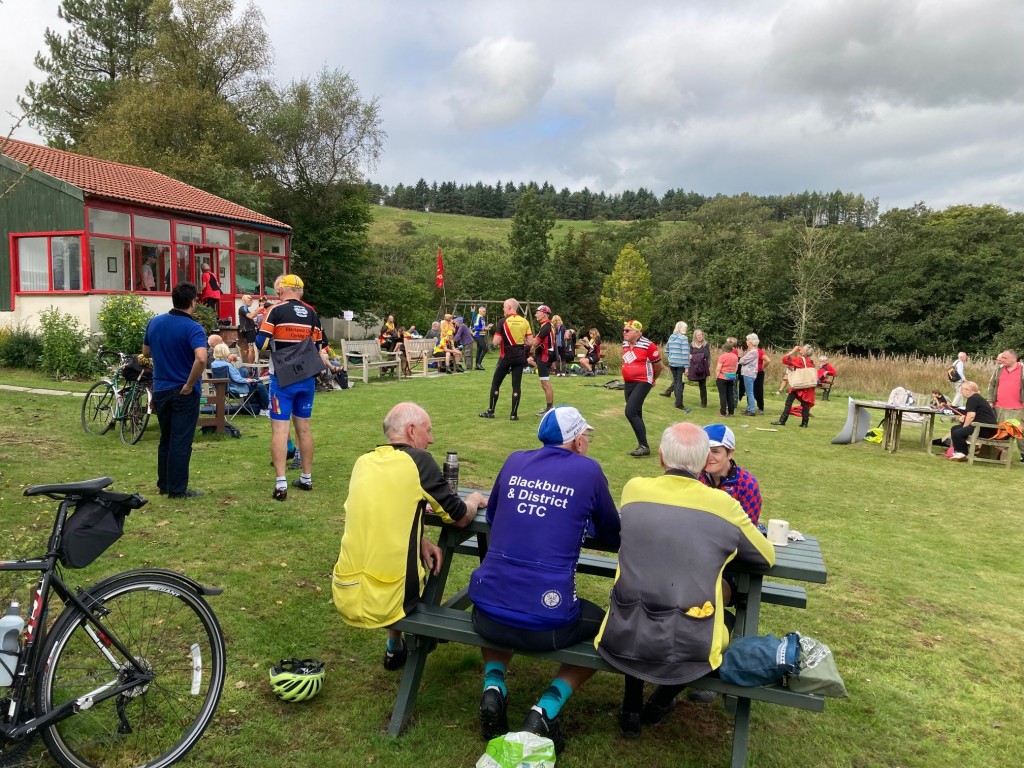 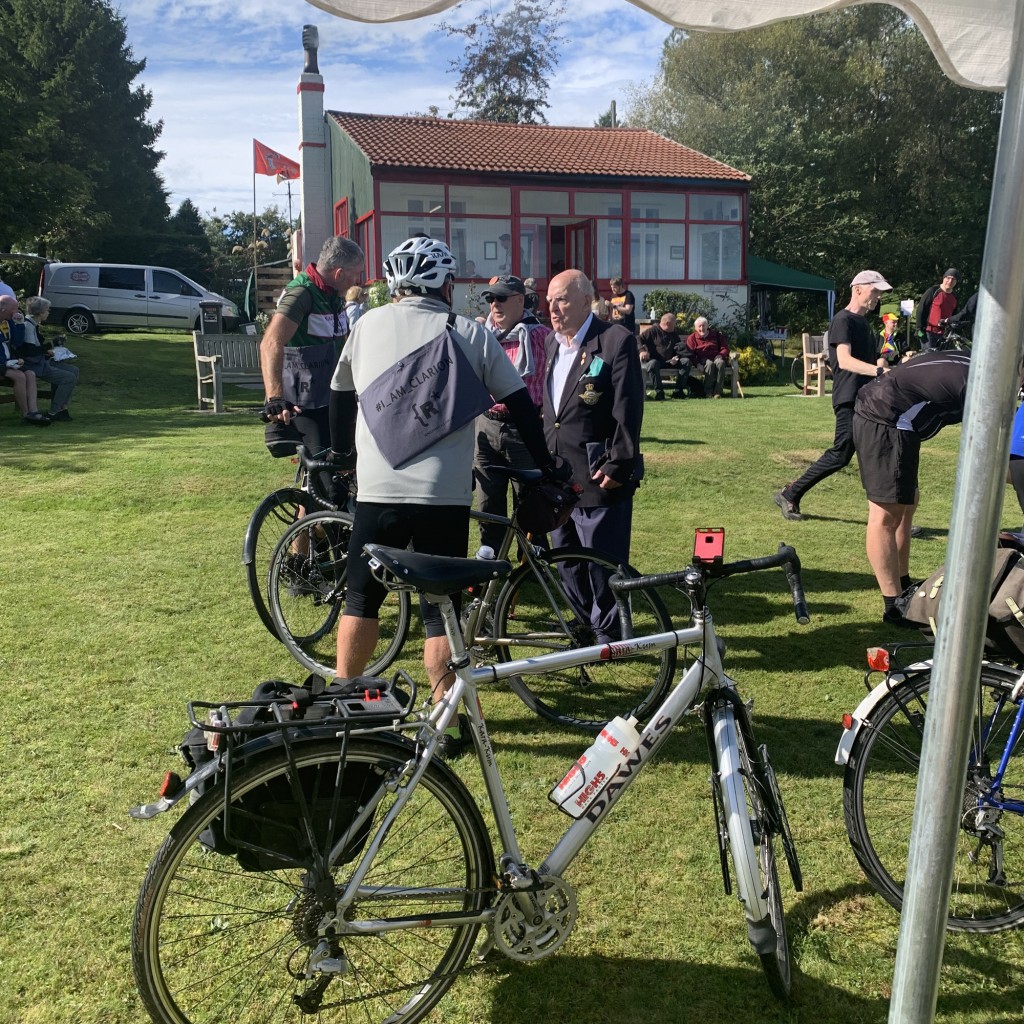 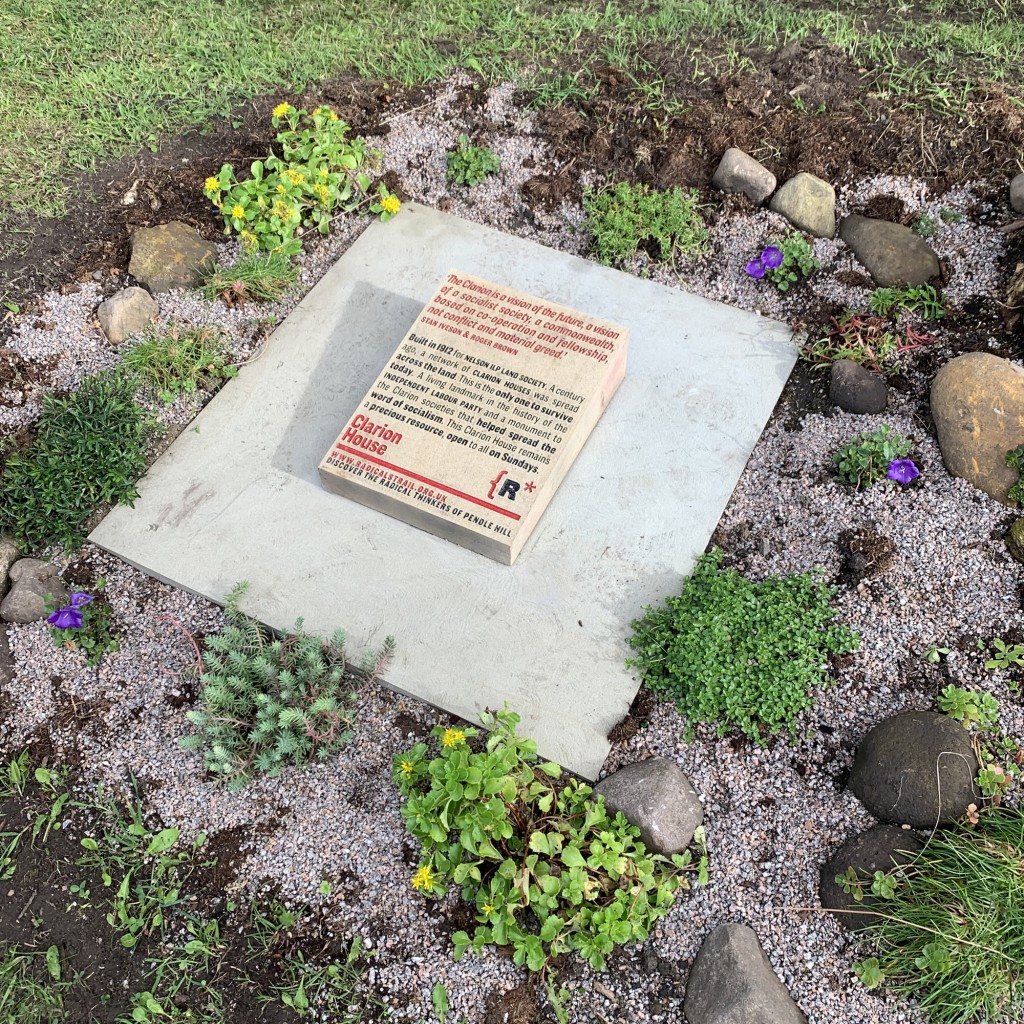