The film ‘Some Thoughts on Masonry and Its Degrees’ was conceived as an exploration and evocation of the arcane, yet poetic language that surrounds Masonry. It is part of a larger long-term artistic research project titled ‘Photographs from Another Place’ in response to a rediscovered 1920s photographic family archive purchased from Ebay on a whim.

The principle character portrayed in the film, is the photographer of this archive, Sydney J Gearing, and my research has reawakened aspects of his significant masonic career on the Wirral, in turn unearthing an address he gave to the long since defunct Merseyside Masonic Research Society in 1954, when he held the chair as president.

‘Some Thoughts on Masonry and Its Degrees’ is that oration, performed by Worshipful Brother Ian Dallinger, in the same Masonic Hall where Sydney Gearing was initiated, in 1934. Dallinger delivers a lyrically mysterious and quietly hypnotic oration on the benefits of the extended ‘symbolic degrees’ of freemasonry that can be obtained, once the degree of Master Mason is achieved.

This artist film has been funded and assisted by the Cheshire Grand Lodge.

My thanks to everyone at the Wallasey Masonic Hall, Ian Dallinger for such a sterling performance, my cameraman Nick Holden-Sim for his skill and expertise, and Sebastian for the editing. My thanks also to Matthew Frost for his early development work around the oration.

The film is available as a limited edition and numbered dvd including a facsimile of the original printed address, contact me for details.

Below an installation view of the film during ‘Photographs from Another Place’, click here for more images. 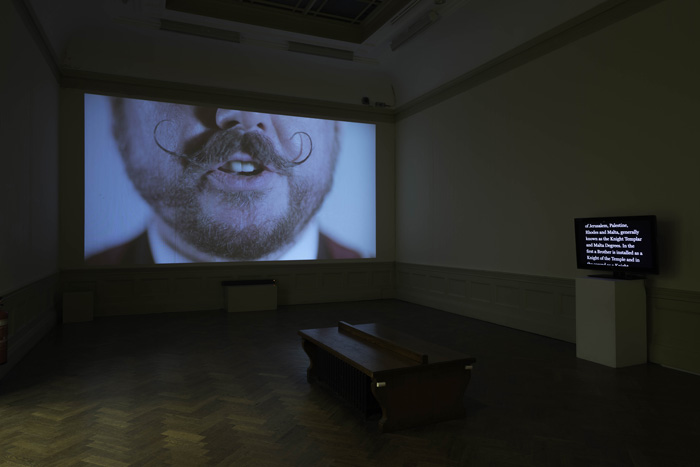 Below production stills from the filming. 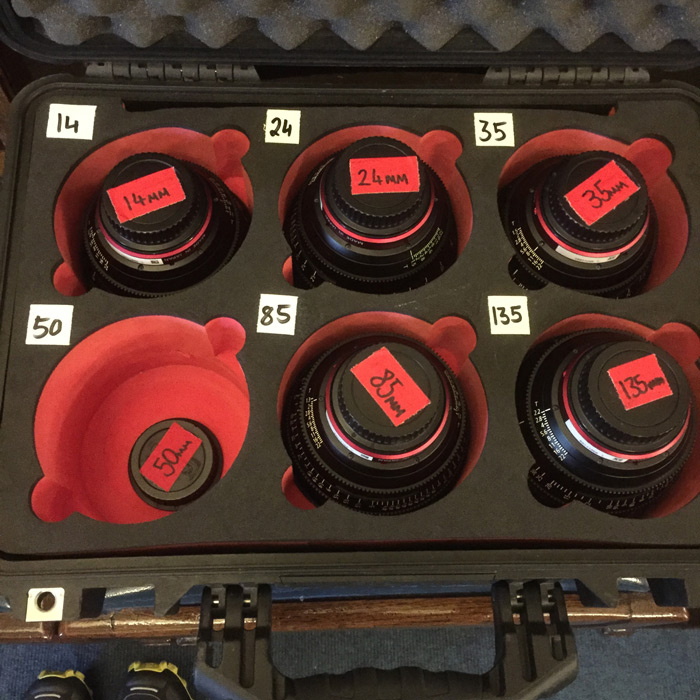 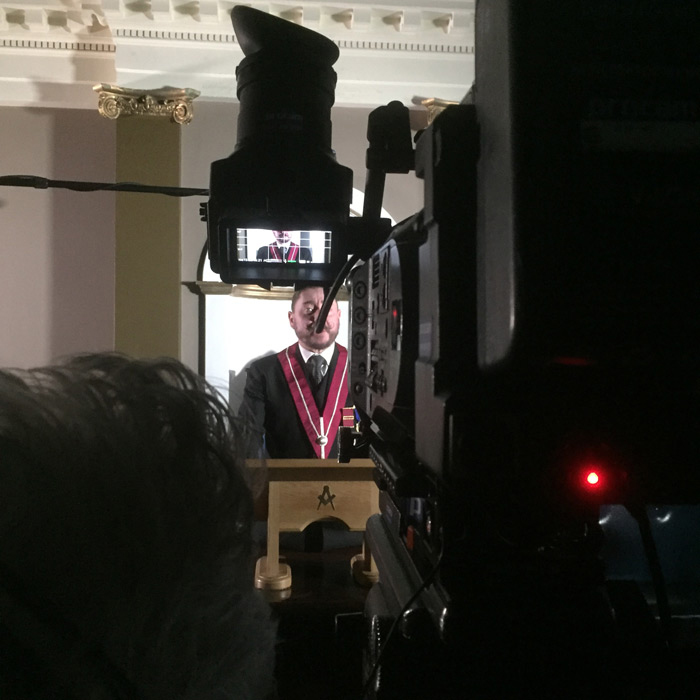 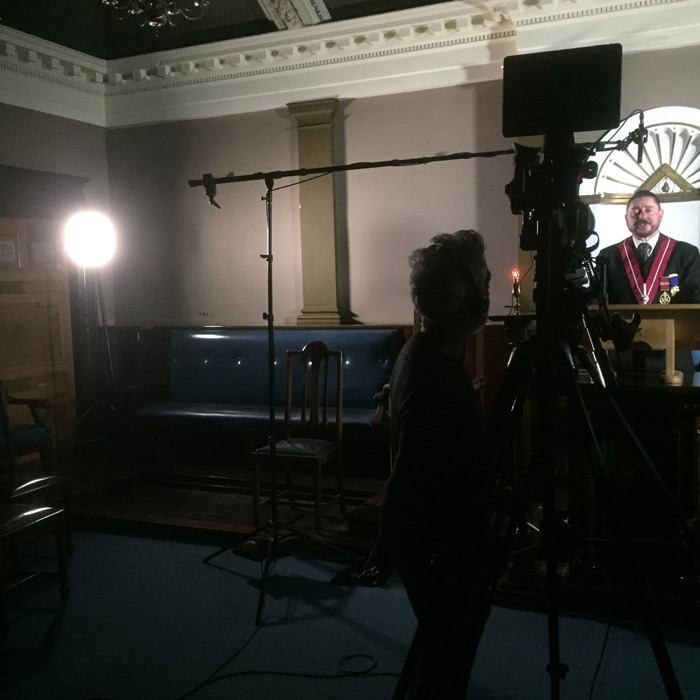 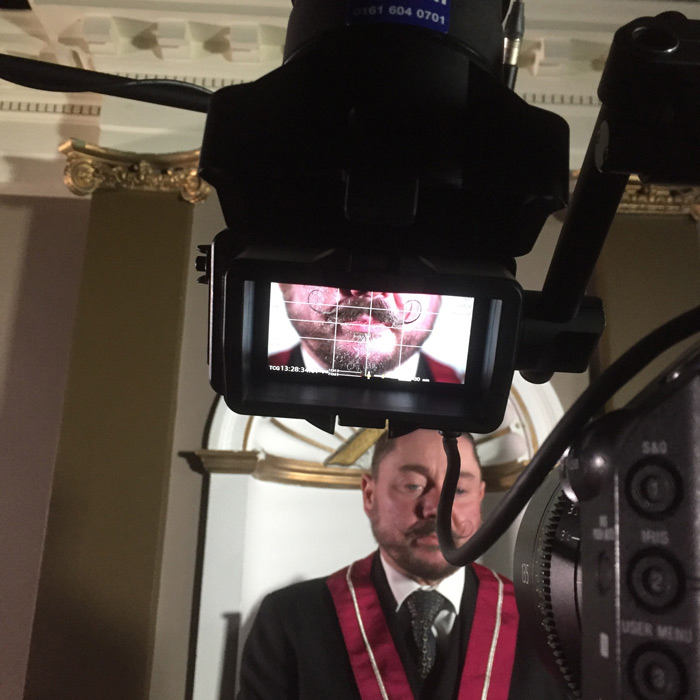 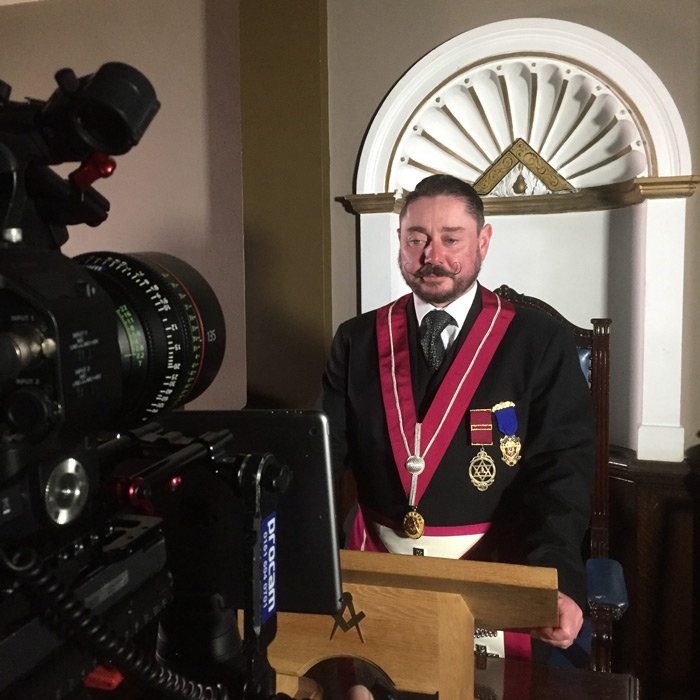 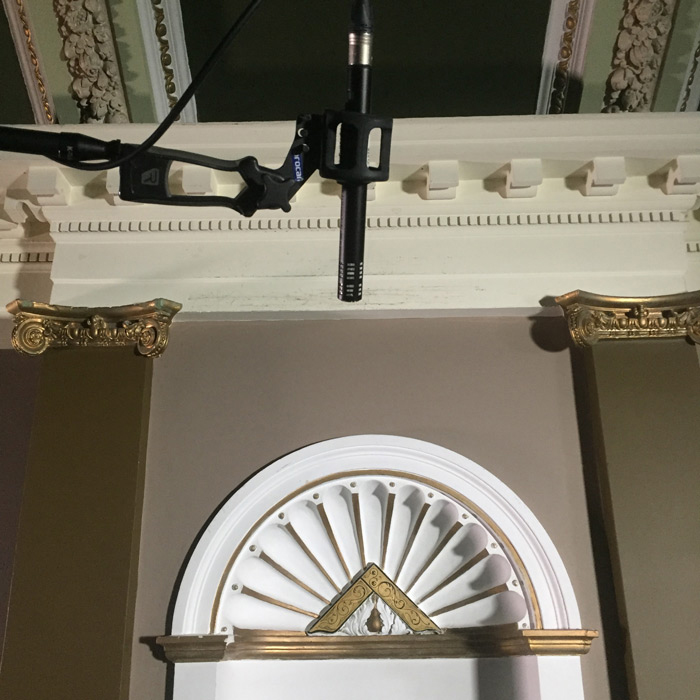 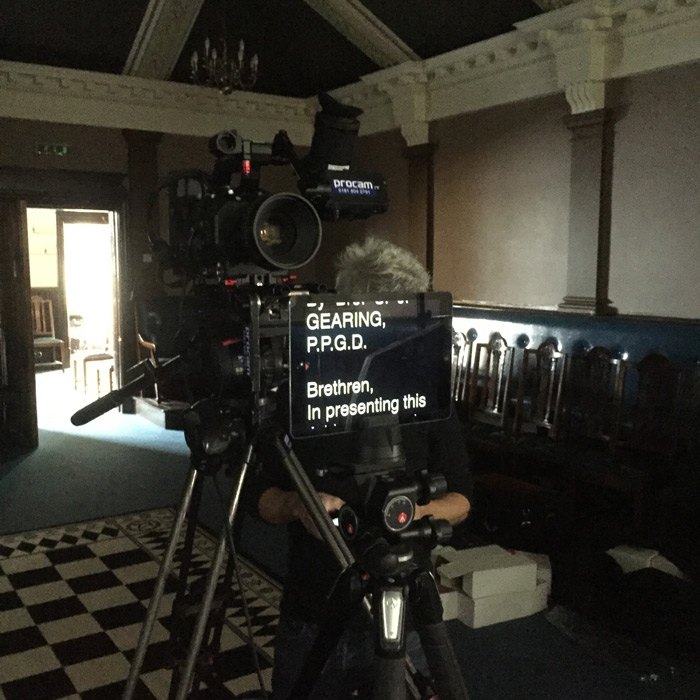