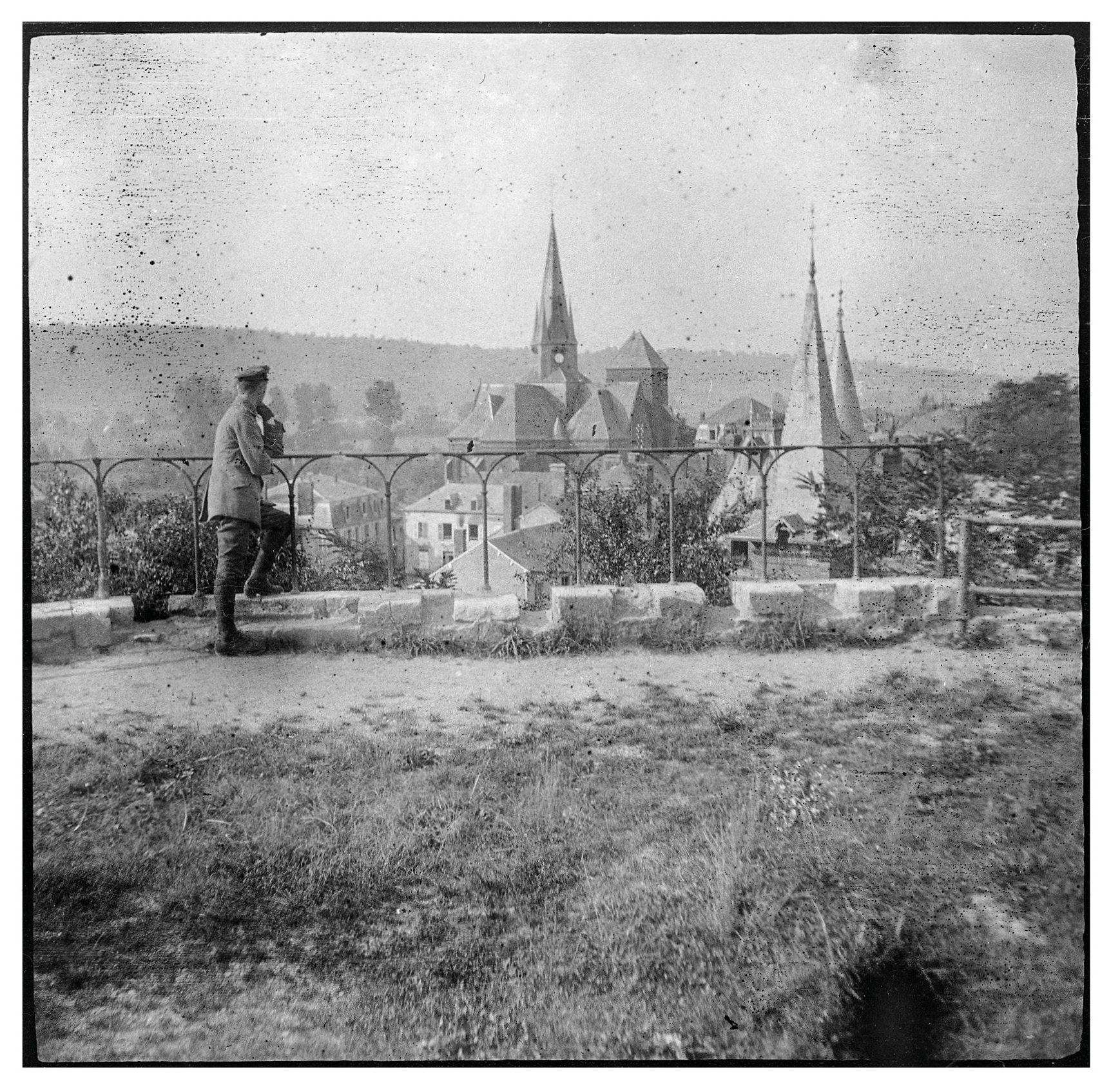 This negative, purchased from eBay, is part of a small collection of an unnamed German soldier of the Medical Unit of the 10th Hanover Engineer Battalion in World War I. Sadly the unit’s military records were totally destroyed in World War II by British bombing. I have now however identified the location as the town of Grandpré, in France. Like this one, the other negatives reveal light moments away from the Western Front in the Ardennes. Click here to view all the negatives.

Below: One of a series of postcards purchased via the internet of the same town, which shows the location of the above negative (probably from the church tower looking back to the chateau in the background). This postcard is sent from a French soldier and is a ‘correspondance militaire’ dated 23 Août 1914 (WWI had already started but Grandpré was yet to see any action, within a couple of weeks it would be over run without much damage). E. Sitry, its sender, simply notes ‘I got your letter this morning at the Hotel du Dix’. 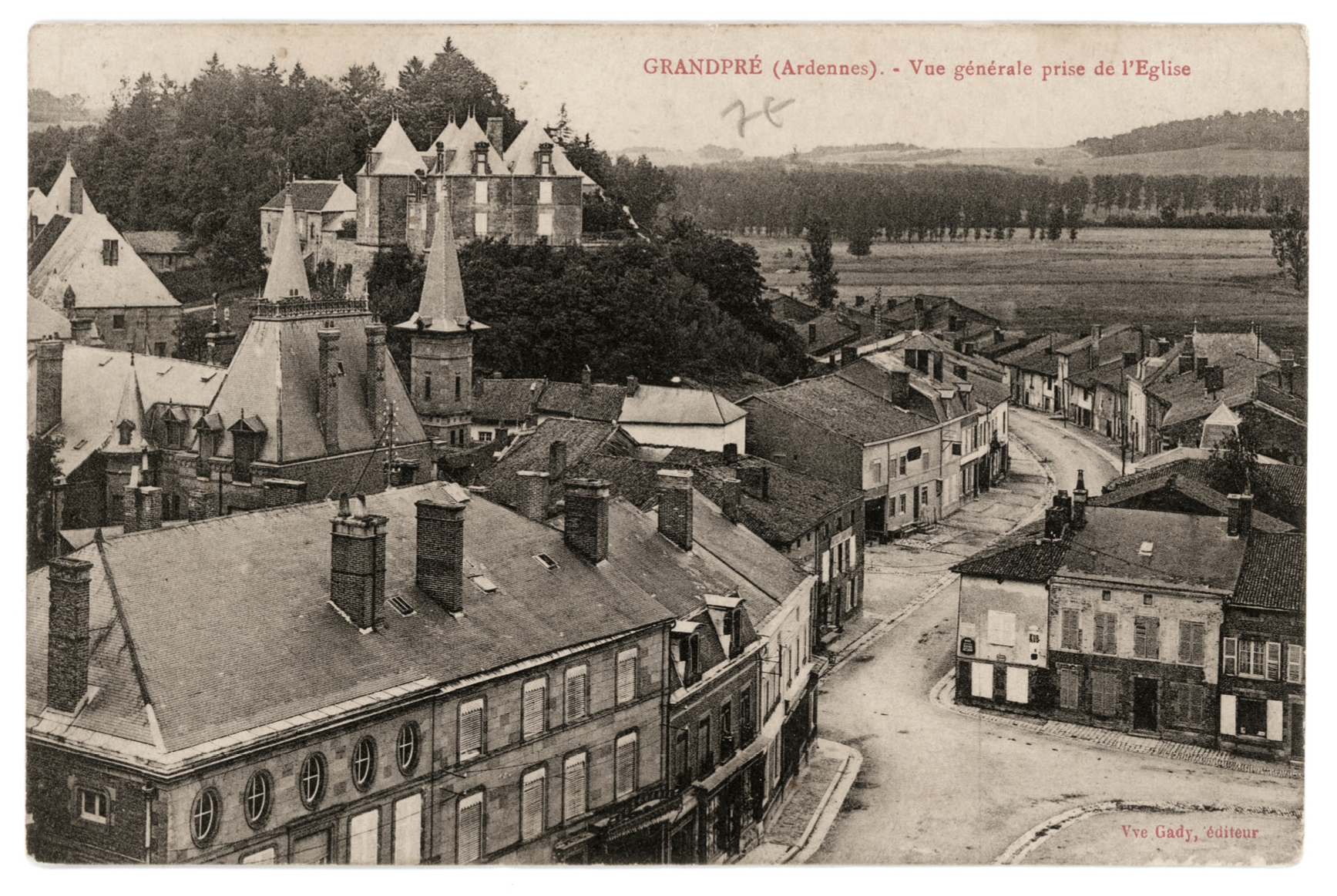 During the Covid lockdown of 2020, I began collecting further postcards of Grandpré, sent home by occupying German soldiers. Maybe the soldier above is one of them, Wilhelm, Johannes, Karl, Eb., Paul, or Josef, there are others yet to be identified. Maybe his family name was Behinger, Kaspari, Klein, Fest, Kraft, Weiss, Jüng, or Müller.

Click here to see a selection of the cards.

Along with the negatives, I have now collected over 50 postcards, to date, and these will inform a new body of work exploring ‘place’, ‘liminal space’ and ‘language’, titled La Vojo Returne*.

I read the first english translation of this work (A W Wheen) during lockdown, and then compared it with a 2019 critically acclaimed translation by Brian Murdoch. I was struck by how very different they felt, how language was interpreted and nuanced over time. Then when buying the Esperanto edition by chance, I began to understand the reasons for the translation of this book in 1931 by Joseph F Berger. Here was an international language created to foster world peace, and of course this book was an important piece of literature at a time when Europe was beginning to be unsettled again by the rise of fascism. The book’s most salient feature is the main characters’ pessimism about contemporary society which, they feel, is morally bankrupt because it has arguably caused the war and apparently learnt nothing from the experience.

At a time when we need to quietly reflect on what it is to be human – family, loss, transience, dislocation and memory – especially during these times of increasing national introspection, I’m intending to reanimate these still lives, distant voices and places in-between. 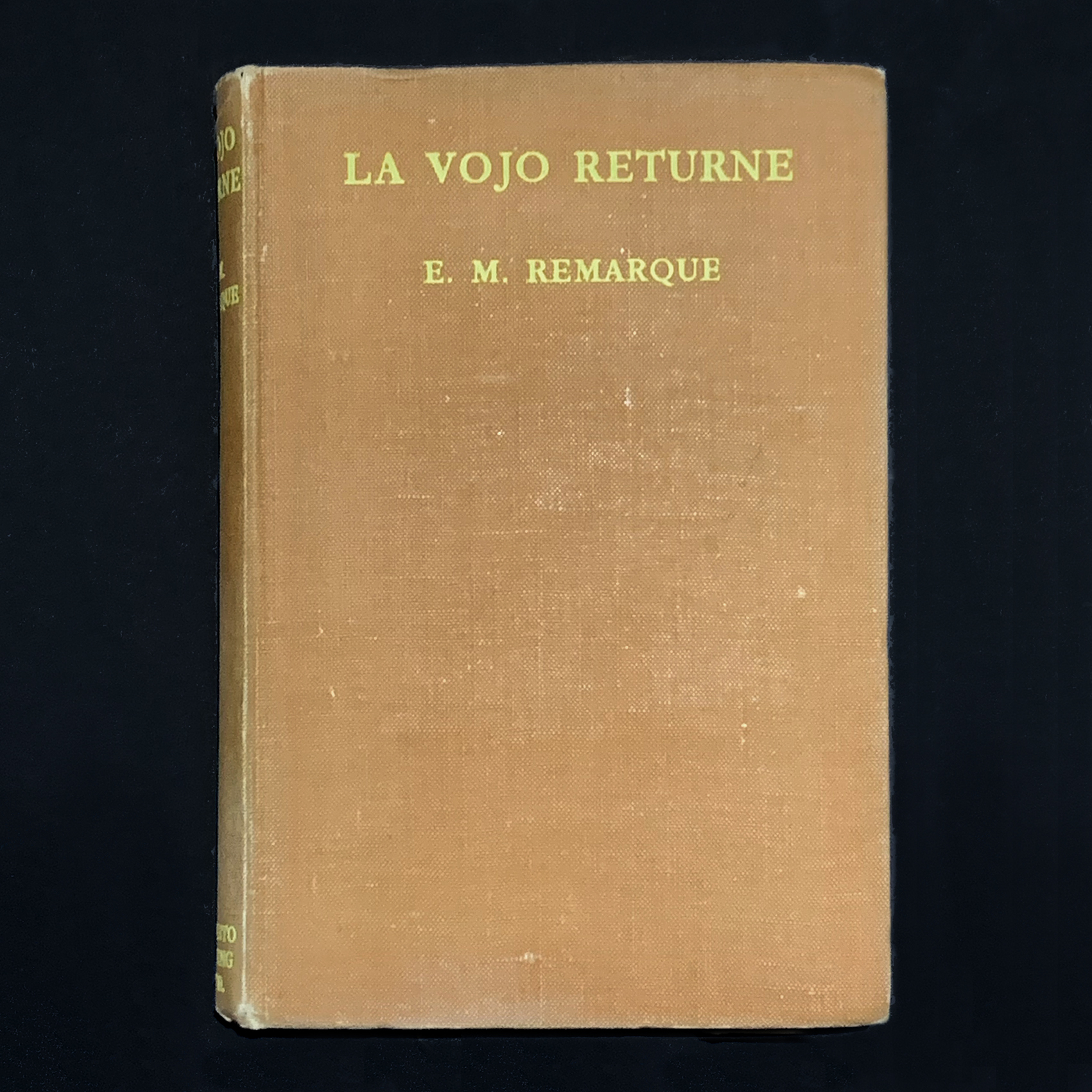 Notes: Esperanto is the most widely spoken constructed international auxiliary language. It was created by Polish ophthalmologist L. L. Zamenhof in 1887. Zamenhof first described the language in The International Language, which he published in five languages under the pseudonym “Doktoro Esperanto”. (This book is often nicknamed in Esperanto as la Unua Libro i.e. The First Book.) The word esperanto translates into English as “one who hopes”.