Commissioned by East Street Arts within an international research project, Alan Ward and Neville Gabie, followed the journey of a women’s football team in Gent, Belgium. Initially it was planned to be linked to their commission by Cambridge City Council to commemorate the first written rules of football – the project globally explores stories in world-wide locations. However once the artists engaged with and became immersed in the club, the direction of their work changed.

The images show the launch of the ‘Ladies of Gent’ sticker book and included a pop-up exhibition and photographic studio, where you could have your own unique photo sticker created to add to the book.

There are a limited number of sticker books available to purchase through either East Street Arts or by emailing ap@axisgraphicdesign.co.uk – all profits from sales will be given to the KAA Ladies club development program.

Belgian football, and more specifically, woman’s football in the country, is still in it’s infancy – the first recorded game played as recently as 1976. KAA Gent Ladies Club are perhaps one of the youngest football clubs to be formed in Europe (1996) however the men’s national team were ranked no. 1 in the world and AA Gent men’s team had just won the title in the top division.

So what is it like to try & establish yourself in a country where the sport is new? Questioning the advancement of women’s football in Europe (through lack of funding, poor support & discrimination) Gabie and Ward ask: how is the changing international profile of women’s football influencing Gent Ladies Club? Exploring the challenges of playing for a team, and country, where sheer love of the game is paramount… what does football mean to them?

Are they really ‘One Family’ as the club motto declares.

Referencing the ‘retro’ Panini-style sticker books of their youth, they explored specific regional art and cultural references alongside a contemporary football environment. Inviting the book’s owner to cover up negative statements about women’s football and explore the cross-over of art and sport. Special stickers were also created that are for free-form use in the way that marks a club’s identity in european football culture – leaving your tribal mark.

Through the sales of the sticker book by KAA Gent Ladies, their program of age-group women’s football development will be supported by an arts intervention.

We Are One Family!

The project was funded by EX[S]PORTS and co-ordinated by East Street Arts. EX[S]PORTS is a European partnership linking three countries though innovative projects to create bridges between arts and sports – inspiring new opportunities for creativity.

The sticker book was printed in collaboration with Graphius, who kindly sponsored the production of the publication. 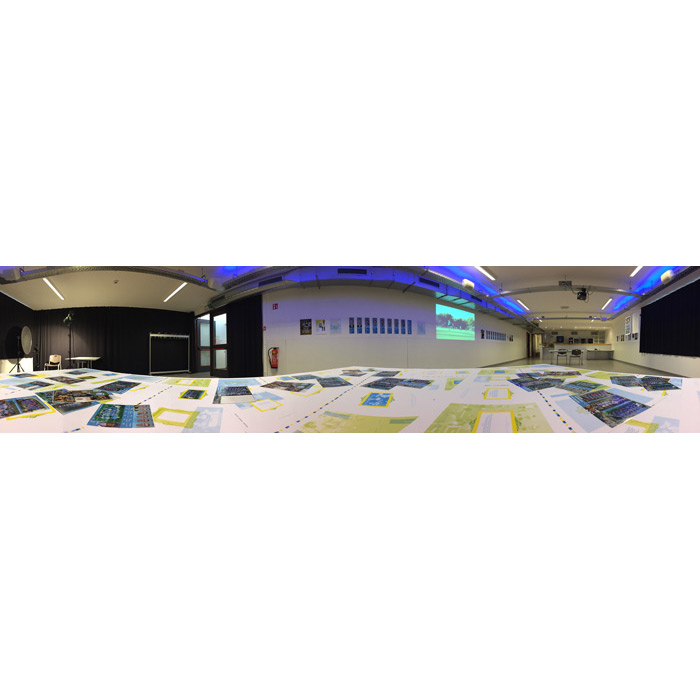